West Malling is a historic market town located just a few miles from the North Downs, with Maidstone to the East, Sevenoaks to the West and Tonbridge and Royal Tunbridge Wells to the South.

There is an enormous variety of historic buildings including both Malling Abbey and St Leonard’s Tower (both built by Bishop Gundulf ca. 1080 who also built Rochester Cathedral and the White Tower of the Tower of London). The Abbey site contains significant buildings from the Norman, medieval, Tudor and Georgian eras and still plays host to an order of Anglican Benedictine nuns who have made Malling Abbey their home since 1916 and who worship in a Grade II* 1966 Abbey Church. 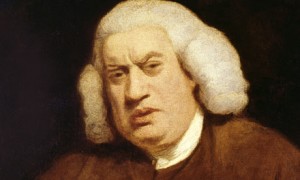 In addition the creator of the first English dictionary, Dr Samuel Johnson, regularly spent time in West Malling with a friend who lived at Brooke House in Swan Street, now the local NatWest Bank. He obviously liked the place as a friend of his, Hester Thrale, later wrote to him:

“Here is news of Town Malling, the quiet old-fashioned place in Kent, that you liked so because it was agreeable to your own notions of a rural life.”

The mainly Georgian High Street has retained a great deal of its historic character, while the Swan Hotel, an 18th-century coaching inn (Grade II listed), and Went House, built c.1720, both on Swan Street are well known landmarks. Other buildings of interest in West Malling include the Prior’s House, once a residence for those with leprosy, and Ford House, over 600 years old.

Manor Park Country Park is just south of the town centre close to St Leonard’s Tower and Douces Manor, whose grounds were once what is now the park.

West Malling is a thriving commercial town with several thousand residents.  There is a monthly farmers market in the High Street. Along with Offham, the parish is close to Junction 4 of the M20, with easy access to the M25 and the M2. There are good road and rail links to London and the channel ports and rail link to France.

This website uses cookies to improve your experience while you navigate through the website. Out of these, the cookies that are categorized as necessary are stored on your browser as they are essential for the working of basic functionalities of the website. We also use third-party cookies that help us analyze and understand how you use this website. These cookies will be stored in your browser only with your consent. You also have the option to opt-out of these cookies. But opting out of some of these cookies may affect your browsing experience.
Necessary Always Enabled

Any cookies that may not be particularly necessary for the website to function and is used specifically to collect user personal data via analytics, ads, other embedded contents are termed as non-necessary cookies. It is mandatory to procure user consent prior to running these cookies on your website.