Home / A warm welcome to Amy 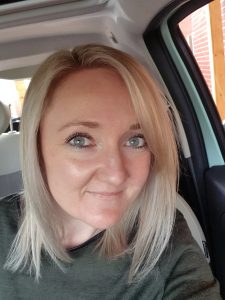 At the start of November, St Mary’s and St Michael’s welcomed Amy Southby as our new Cluster Administrator to support Rev David, our Churchwardens and the organisational side of church life.

In a development of the role, the Pilsdon at Malling Community have also partnered with us and the rest of the Cluster. Amy will work with West Malling, Offham and Pilsdon while a second administrator (as yet unannounced) will work with Kings Hill, Wateringbury, Mereworth and West Peckham.

Before taking on this role, Amy worked predominantly in the recruitment industry. She studied at the University of the Arts in London and holds a BA Honours degree in Journalism. In recent years  Amy moved away from office-based positions and worked for the Royal British Legion as a carer for elderly veterans; something she found very rewarding.

Amy lives in Aylesford with her two children aged 11 and 6, her cat and her dog.

Amy says of herself:

Having worked in administration and as a carer, I decided that I wanted to find a role that encompassed elements of both job roles. As much as I enjoy working in administration, I missed interaction with people. So, when the Cluster Administrator job advert popped up on my computer, I didn’t hesitate to apply. I am very much looking forward to meeting everybody and getting to know all the faces that make up St Mary’s and St Michael’s.”